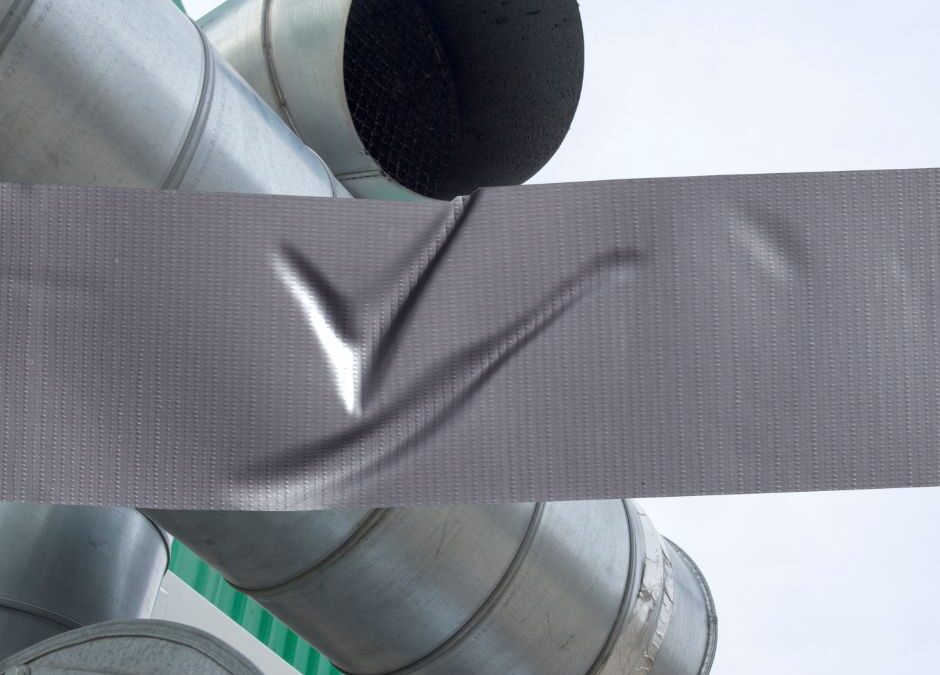 It is nearly time for Halloween which means endless scary stories about ghosts and goblins leading up to the night of costume parties and trick-or-treating outings. Are your decorations set out? Have you decided what you want to be? Is the candy hidden away from the kids?

It’s the perfect time of year to read some scary stories. Trust HVAC is taking the top mishaps from conversations and news outlets from around the world to give you the top 9 HVAC horror stories for Halloween– and how you can avoid it happening to you.

Contact our team to learn how to avoid HVAC horror stories this Halloween and more.

People purchasing a home wanted a new furnace and A.C. installed before they agreed to buy it. So, a technician went out to their house and noticed ductwork sticking about 2 ft into the garage. On the other side of the wall, there was about a 4″ bulkhead.

Come to find out, the owner of the home and two of his sons, who were all very tall, were tired of hitting their heads on the duct in the short basement. So they removed the duct sections and smashed it as flat as they could. They put it back up using about 400 self-tapping screws and ten rolls of duct tape to seal it up. Oh, and it was not Halloween!

How to avoid: If ductwork is getting in your way, please call a professional to come out and make adjustments and take a look. You could cause further damage by moving things around.

This story involves perhaps the scariest HVAC horror story—carbon monoxide poisoning. One of the most common causes for this is a cracked heat exchanger in your gas furnace. This crack allows deadly gas that is colorless, odorless, and tasteless to spread throughout your home.

Mrs. H: “Some nights, after I’ve been in bed for a while, I’ve felt as if the bedclothes were jerked off me. And I’ve also felt as if I’d been struck on the shoulder. One night I woke up and saw, sitting on the foot of my bed, a man and a woman. The woman was young, dark, and slight and wore a large picture hat. I was paralyzed and could not move.”

After speaking with different people about their sickness with the spirit realm, a relative suggested they were being poisoned. The gas lighting and the furnace were dumping carbon monoxide into the home. As soon as the furnace was vented properly, their ghosts disappeared.

How to avoid: If you ever feel off in your home, like dizziness with no other explanation, headaches, or hallucinations, immediately call a professional and get out of the house. 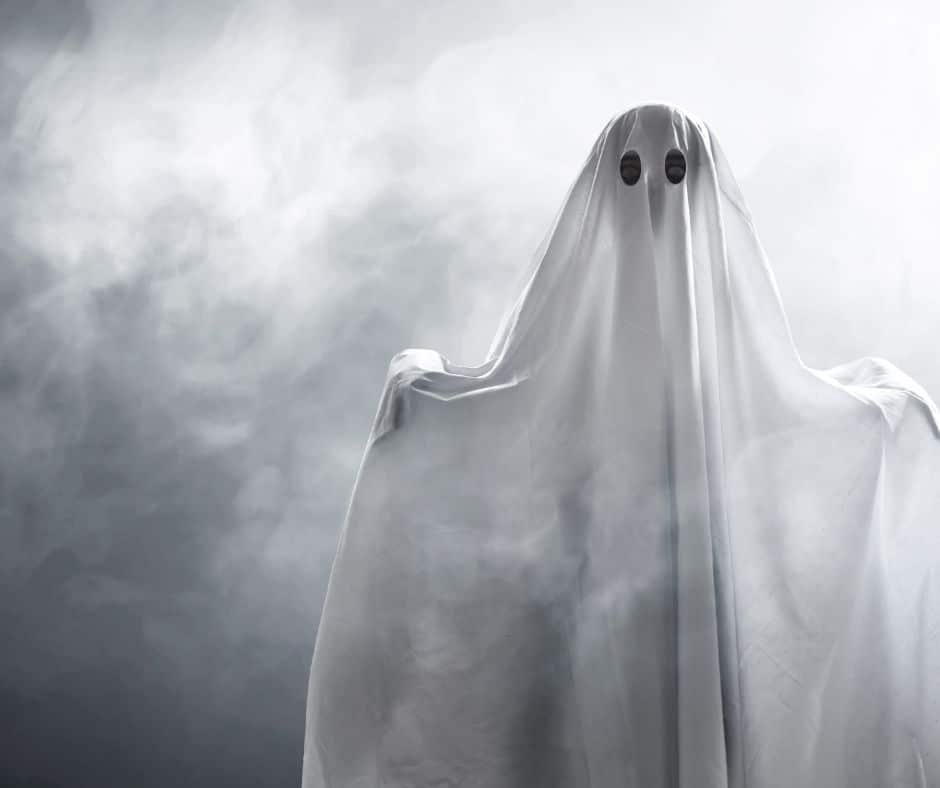 A tech’s pager went off at 2 AM to respond to a call. The caller said, “You were all out here earlier today and replaced an evaporator coil, and now my WHOLE CEILING JUST FELL IN!”

Well, it wasn’t his ENTIRE ceiling. A large part of his master closet ceiling was all over his suits, ties, and fancy leather shoes. This happened because the technician out there earlier that day ignored how he strapped the drain. A newly formed sag in the ceiling resulted in a double trap. Add in the fact that he had “moved” the pan switch out of the way and forgot to reinstall it correctly.

This customer states, “I was sitting on the couch the other evening watching football when my oldest son, who rarely has much to say, piped up and said, “Dad, what happens if you test gas pressure and forget to put the plug back in?” The hair raised on parts of me where hair shouldn’t raise.” No matter whether it is Halloween or any old day, trust your nose; if you smell gas odorants, then investigate.

How to avoid:  When working on gas appliances, our technicians will always make sure to leak check connections and for gas bypassing the valve during the off cycle using a combustible gas leak detector.

One homeowner in Great Britain decided to install an upstairs air conditioning unit alone. His only assistance was his daughter, who was holding the ladder’s base. The man slipped, and the unit fell on his head. After convincing his daughter that everything was fine, he successfully installed the unit – but needed a trip to the hospital for stitches in his head.

How to avoid: As we mentioned, call a professional to install a new unit. You’ll save yourself some time, money, and a trip to the hospital. Trust HVAC are expert when it comes to heating and air.

Sometimes, your home can make a scary wailing or moaning sound, just like those in haunted-house movies. But don’t be afraid; those mysterious wails are coming from your HVAC — your grilles and registers to be more exact. As air passes through the vanes, a wailing sound is produced due to the speed of the air.

How to avoid: Performance-grade grilles and registers reduce noise issues that drive you crazy — and your local HVAC tech at Trust HVAC can help you with that.

Have you ever heard your door creak slowly and then slam shut when no one was around? Due to the layouts of HVAC systems in homes, this is something many homeowners have experienced. But it’s typically due to a fan — not a supernatural guest.

How to avoid: Pressure imbalances can lead to an “airflow competition.” Central return systems continued with interior door closure can cause marginally open doors to shut, simply by the fan in the air-handling equipment coming on. 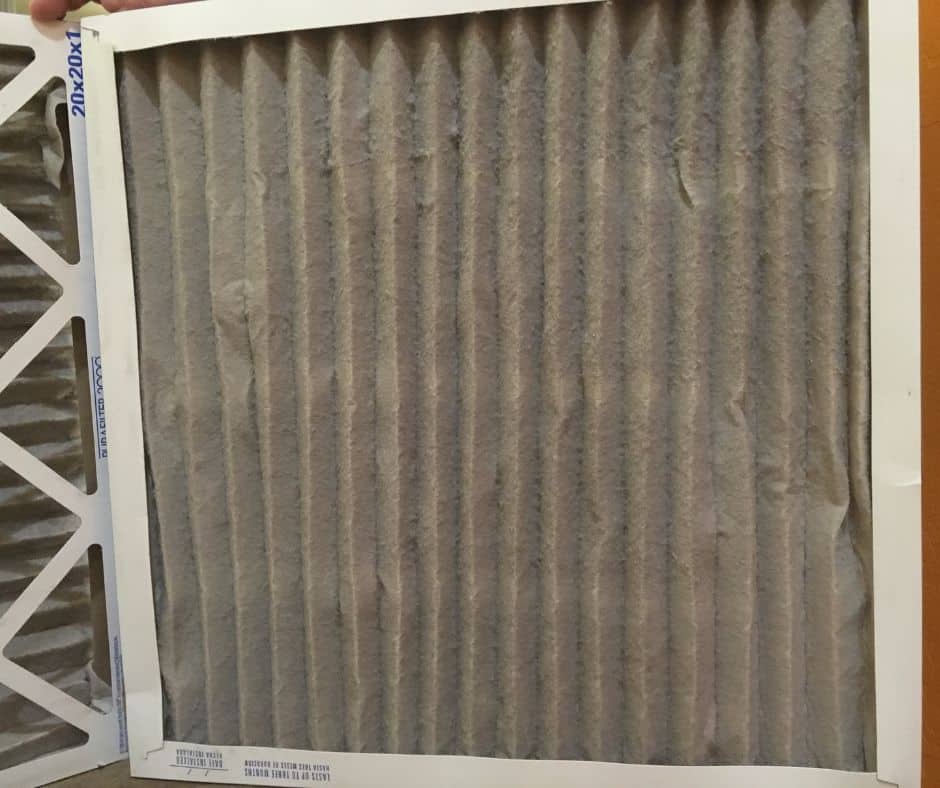 This customer would often notice that the air from their air conditioner always seemed dirty and dusty. When they called an HVAC technician, one of their first questions was if they had recently changed their air filter. The homeowner insisted that he did change it a couple of weeks before.

When the tech arrived to check, they pulled the filter out. While the homeowner changed the filter, the one he put in was missing the actual filter material. The only thing there was only the cardboard edge of a filter and nothing else.

How to Avoid: It’s recommended that you should change your A.C filter at least every 30 days. If you are unsure how to put an air filter in, don’t hesitate to call Trust HVAC.

One homeowner attempted a DIY solution to duct sealing by covering every square inch of his ductwork in tape. We can’t even imagine how many rolls they went through. While it may have looked suitable and sealed, duct tape is no substitute for proper sealing.

How to avoid: Having your ducts appropriately sealed is an excellent step to help keep energy costs down and keep your indoor air clean. However, it’s essential to do the job right.

Make sure the only scary things at your house this Halloween are the ones in costumes. Prevent any unpleasant or deadly HVAC horrors by calling Trust HVAC to schedule maintenance for your home’s heating and cooling system. 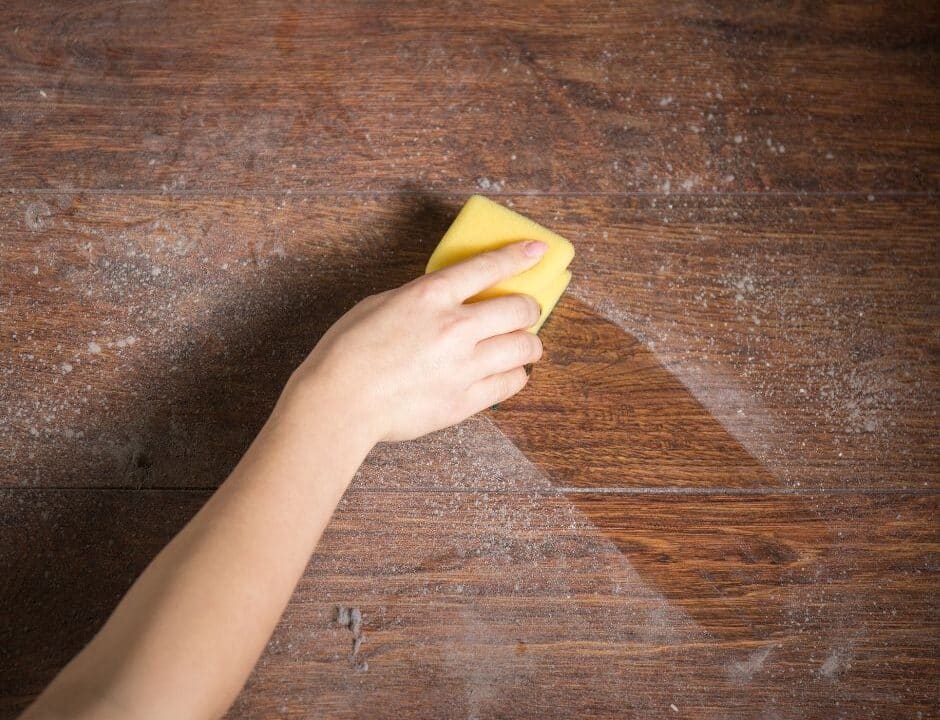 How to Reduce Dust in Your Home 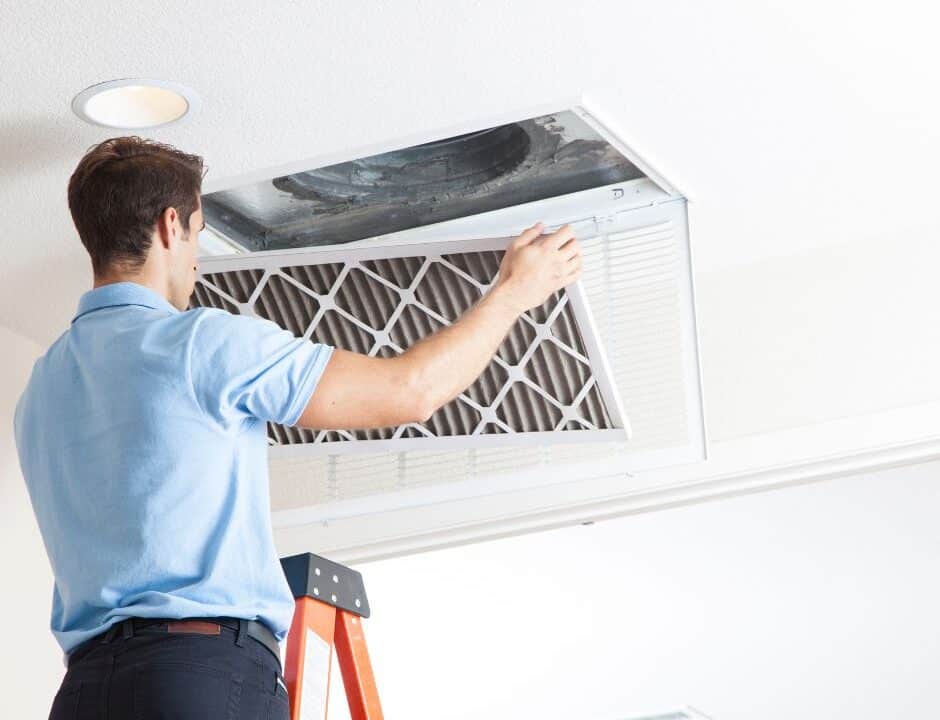 Tips for Replacing Your Air Filter

Which Air Conditioning Unit Do You Need?